The valley of kings : Images, Facts , Location and everything you need to know. 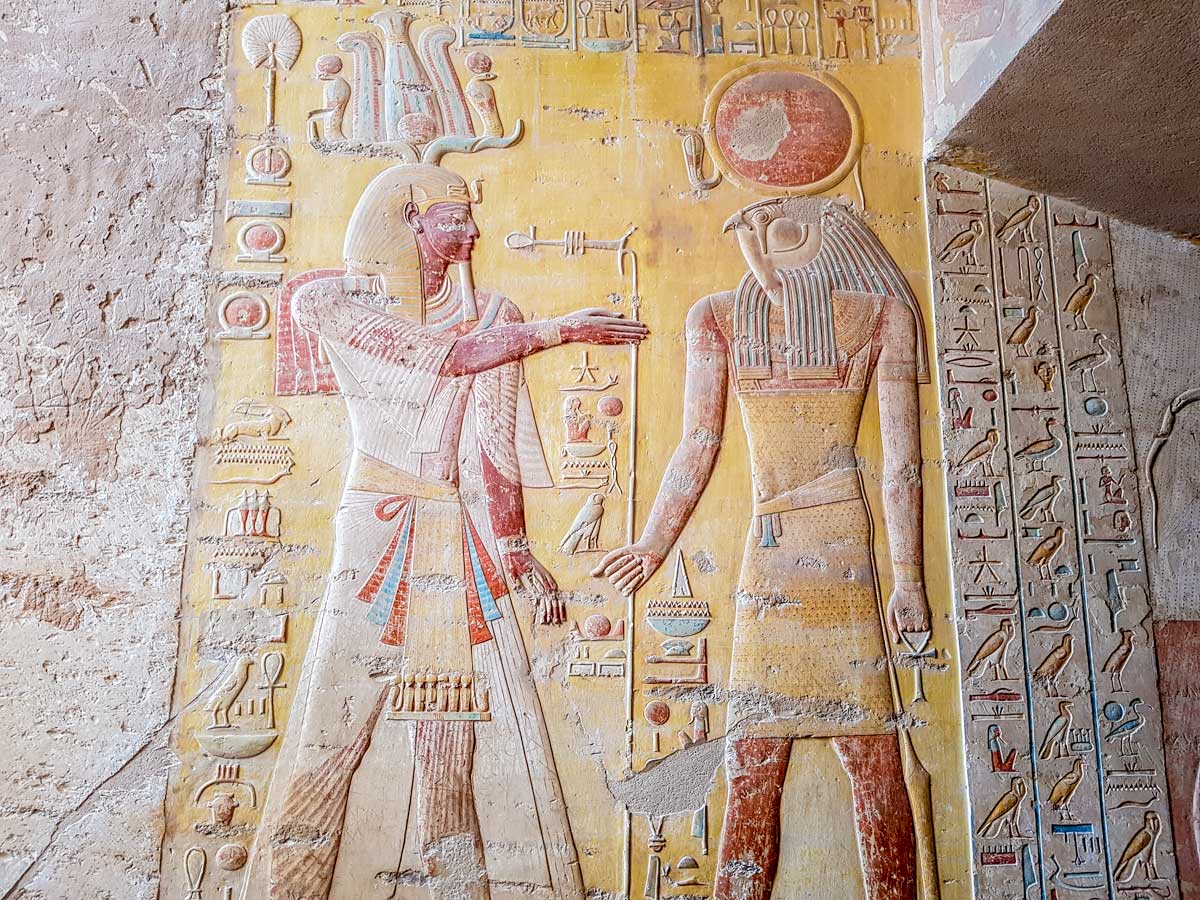 The Valley of kings Luxor Egypt

NEW : Full Day Tour to Abu Simble Via Aswan By Plane From Cairo

Make the trip to Abu Simbel easy! board a plane from Cairo in the morning and fly to Aswan, then drive to Abu Simbel spend the morning admiring the incredible rock-cut tombs on the shore of Lake Nasser before driving back to Aswan to enjoy the afternoon there . BOOK NOW this tour from here


The ancient Egyptian was a believer that death is the beginning of life (not its end), and it was mentioned in a famous papyrus currently displayed in the British Museum that taking about the trial of the soul after death, the papyrus title is (The beginning of the daylight) in a symbol that death is the beginning of the day and the coming out to the eternal life. Thus, the deceased was buried with all his personal belongings in the cemetery in the hope that he would use them in the other world.
And since the tombs of kings and princes were full of valuable and expensive possessions, the theft of royal tombs was famous in ancient times and the cemetery was being opened and stolen after the burial of the king directly,,, hence the idea of establishing the Valley of Kings on the west bank of Luxor (Thebes) - the capital of ancient Egypt - in the 18th Dynasty with the beginning of the modern state era. ️️️️
The location of the Valley in the center of the mountains and the construction of tombs in the rocks under the hills, was intended to protect the graves of thieves, and was a police dedicated to protect the graves of the Valley of the Kings, and we knew that during the discovery of the tomb (Tutankhamun) in 1922, Archaeologists found a cemeteries police stamp on the cemetery's lock after an attempted theft in antiquity ..
However, all the tombs contents of the Valley of the Kings have been stolen, except for one grave that has been hidden from the eyes of all for more than 3200 years and was discovered in 1922 (the tomb of King Tutankhamun), which was the main reason for (Tutankhamun) world fame because all the treasures of his tomb were found in full and in excellent condition.
Each grave of Kings’ Valley starts with a descending passageway and after that a large hall and a number of luxurious rooms and burial chambers ranging from one room to 120 rooms ... The walls of the tombs are decorated with hieroglyphic decoration and texts of ancient Egyptian mythology and beauty, The inscriptions and colors still retain its splendor and beauty.
The Valley of the Kings was used to bury the kings of Egypt for 500 years in the era of the modern state (1539 - 1075 BC). Sixty-three graves were discovered in the Valley of the Kings up to now, and archaeologists believes that there are about another 30 tombs that hadn’t been discovered yet. 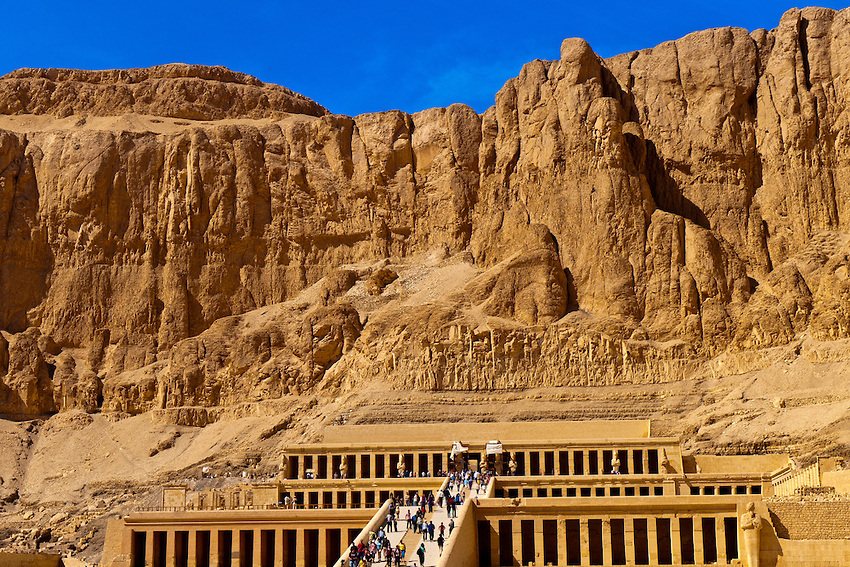 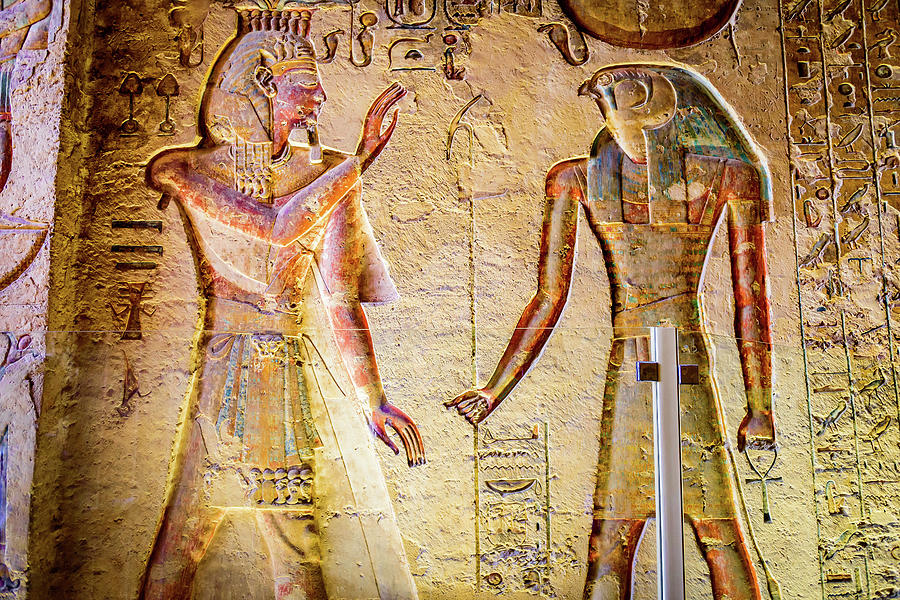 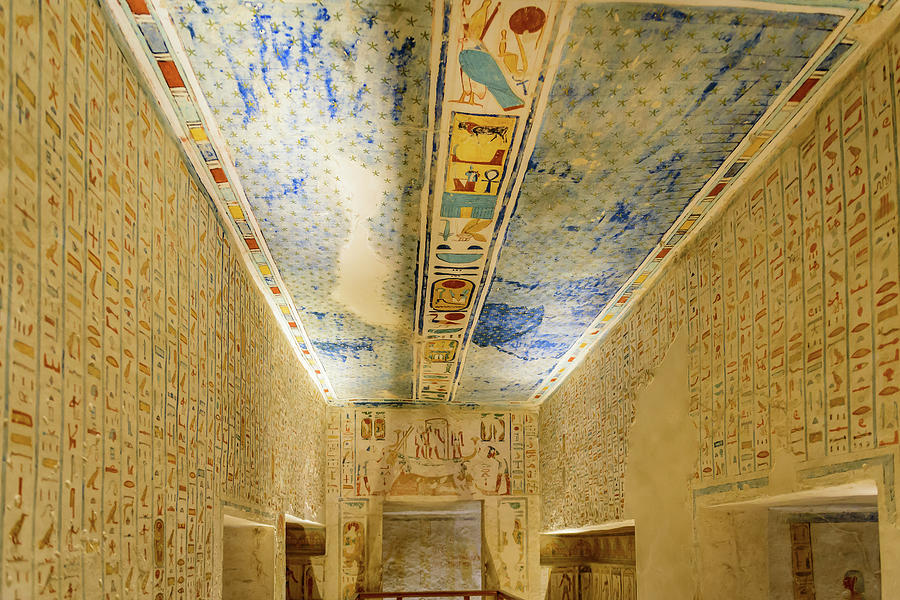 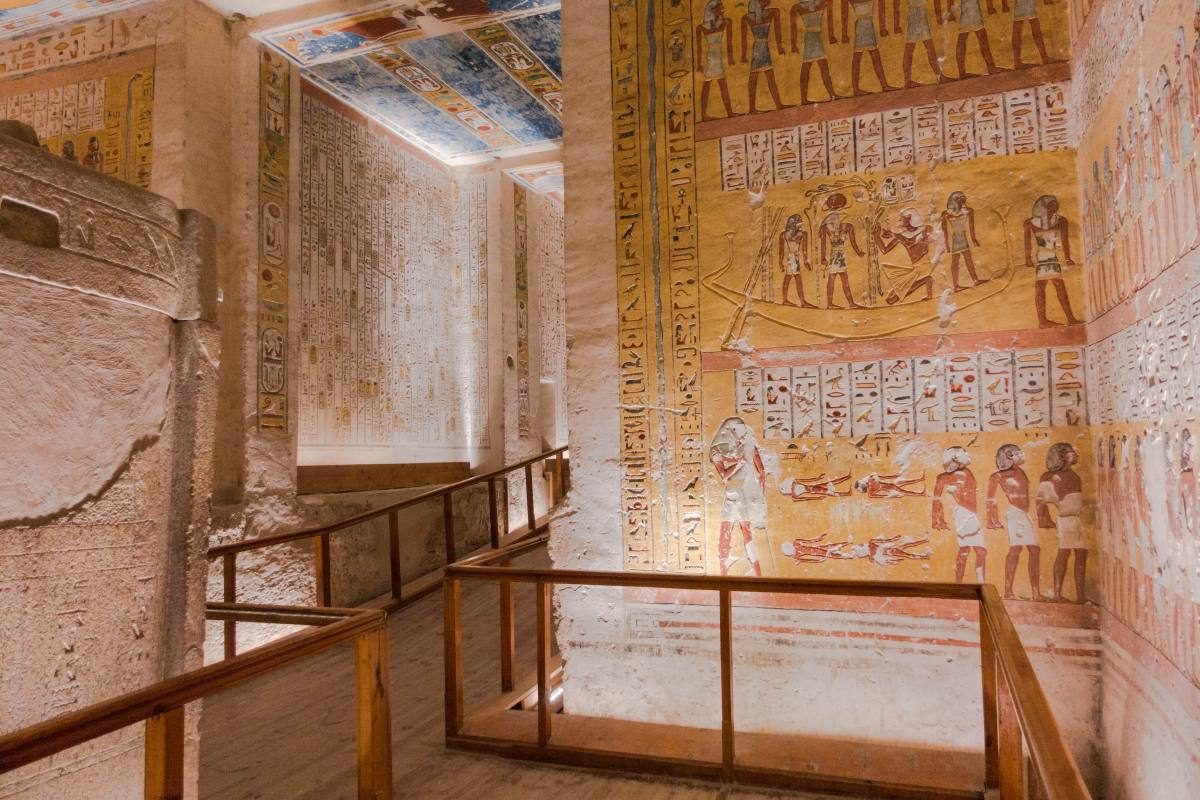 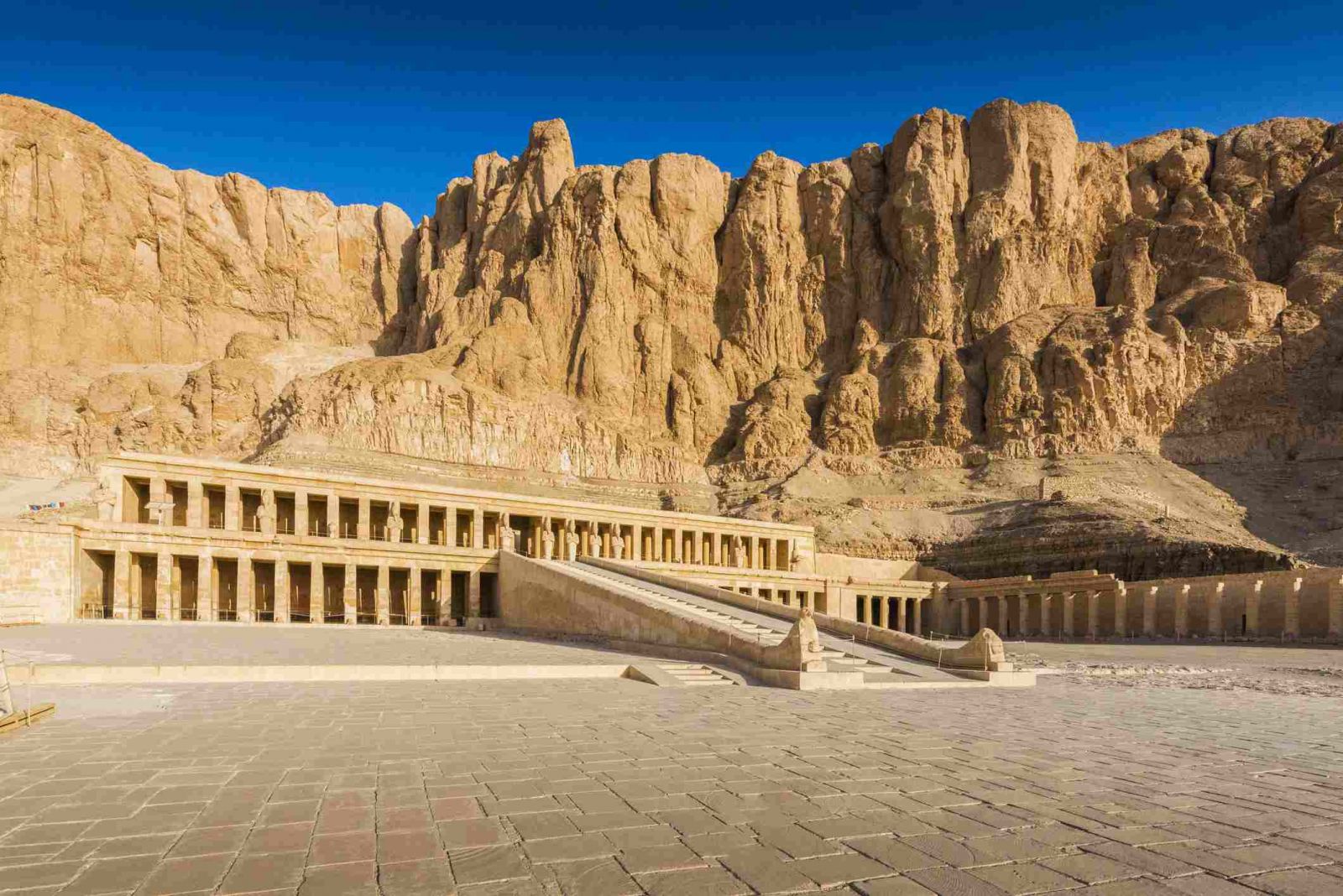 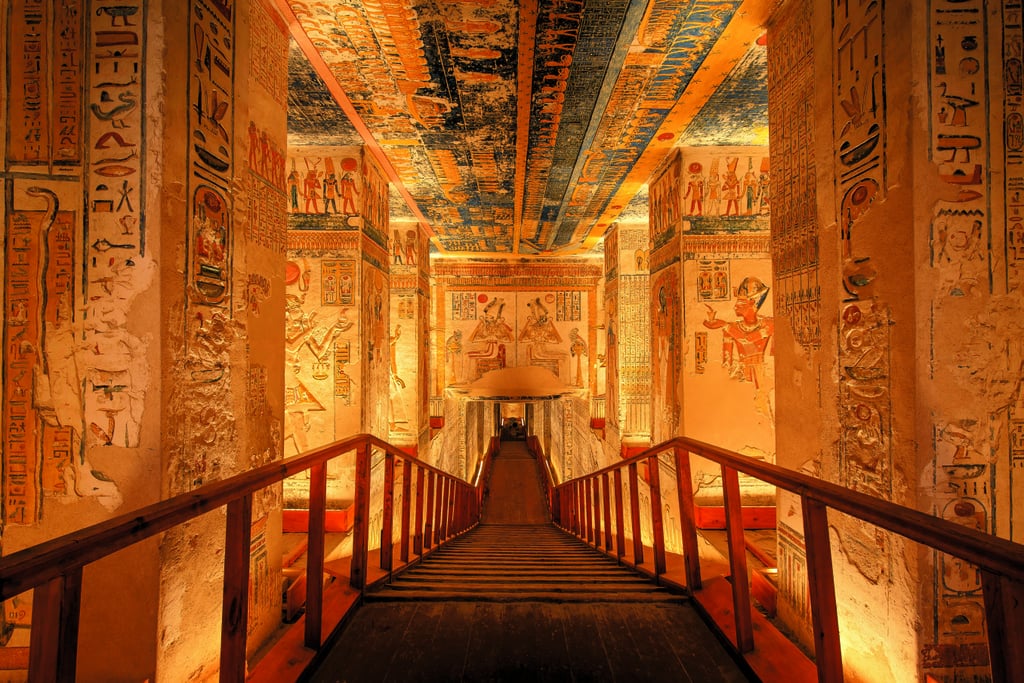